An Interview with The RPMs 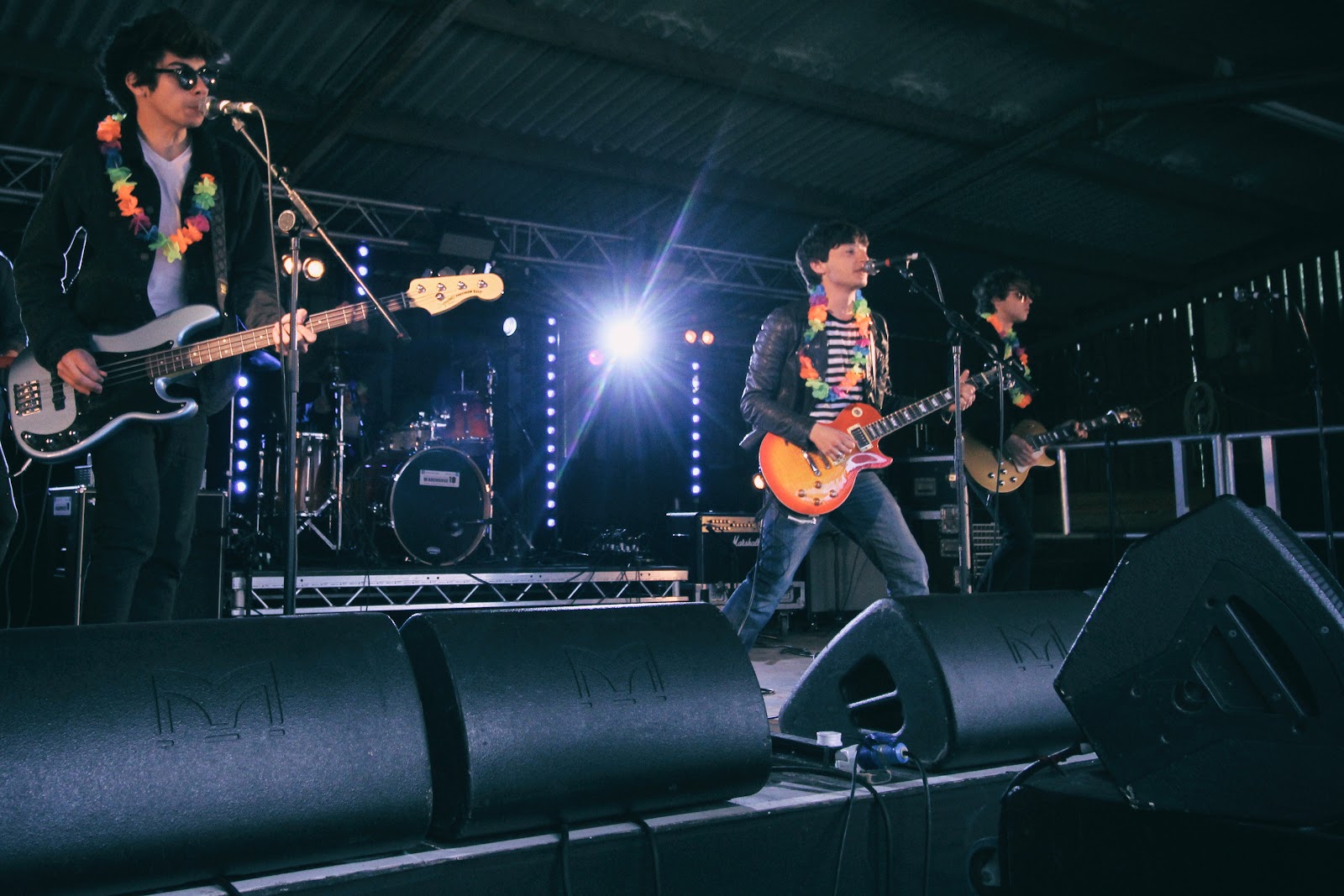 Donning their leather jackets, flowery garlands and sunglasses – presumably to hide the hangover (or maybe it’s just their style), The RPMs were the first to perform on Saturday of 110 Above.

It was a tough act to follow; their upbeat, infectious guitar rhythms drew the crowd in faster than a herd of running zombies. The rain tried to deter the crowd, but was unsuccessful; the killer melodic music coming from the trio was enough to forget about the rain.

Upon asking the boys how their performance went, they replied with: “It was very early when we played, so we didn’t expect as many people to come and listen – especially when it did start to rain.

Whilst testing the mic, lead singer Jack Valero greeted the gathering with “hi ten people”, but as they played he describes how the crowd seemed to multiply: “All of a sudden, I just looked up and then there was 10, 20, and then 30 people coming to listen to us – it was pretty cool. 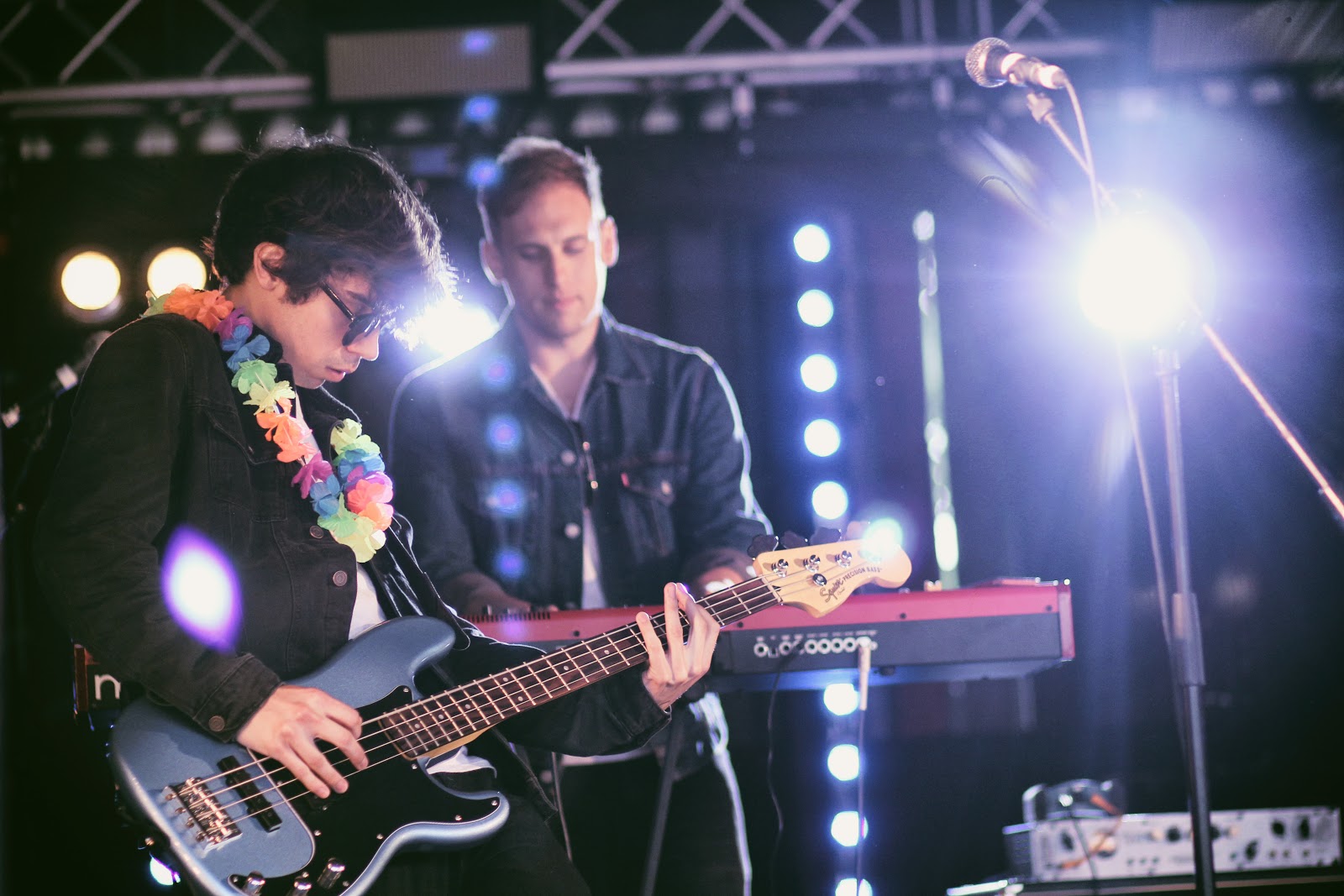 Though I do think the flowery garlands drew them in.”

Speaking of the colourful accessories, the power-pop trio claimed they were “forced upon them” the night before by campers at the festival.

“We were hanging out with some guys last night and they said that they’d heard about us and were looking forward to seeing us – then they said we had to wear the garlands otherwise they’d boo us,” Jack explained, laughing.

Recounting stories of weird instances with fans, bass guitarist Miguel Cosme spoke about a woman who kept “rubbing her hands through my hair,”(no one would blame her), as well as the time they had two stowaways in the back of their van – apparently they were nice people though!

The band also spoke of a travelodge funny moment, where two of them ran into the hotel room, jumped on drummer Callum James and ended up flipping his entire bed. These guys certainly have some fascinating stories to talk about.

Whilst describing the band as a three course meal, the Brighton band held a lengthy discussion before deciding on Pringles as a starter; the main course being Terdukken (Turkey, duck and chicken, for those of you who don’t know) and flapjack to finish off – yum! Their guilty pleasures include Robbie Williams, Olly Murs, Taylor Swift and Spandeau Ballet – they definitely are a “rock band not afraid of a good pop tune.”

The RPMs still have a busy year ahead, with Rivfest and RadarLove Derby, as well as a whole new tour this Autumn/Winter, and recording a new single. They have had a few days off as they saw Black Honey on Friday, and went to see Sundara Karma on Saturday.