Sat on a log infested with ants, local boys Eyre Llew chatted to The Demon about their performance, upcoming tours and their debut album launch.

If they were animals, singer Sam Heaton and Jack Bennett decided they’d be cats, (owned by a “nice person” though) so they could lounge around and get stroked all day; Jack Clark decided on being a stingray, adding “-you like getting stroked; I like getting wet. I can just float around all day.”

The Birmingham band performed on the Sunday of 110 Above festival, on the Old Town Hall stage; their ambient music slowed the pace down, but in a beautiful way. Their emotive performance stood out to me – you could definitely see the passion they had for their music. They lost themselves to it and gave it their best – and definitely another highlight for me. They 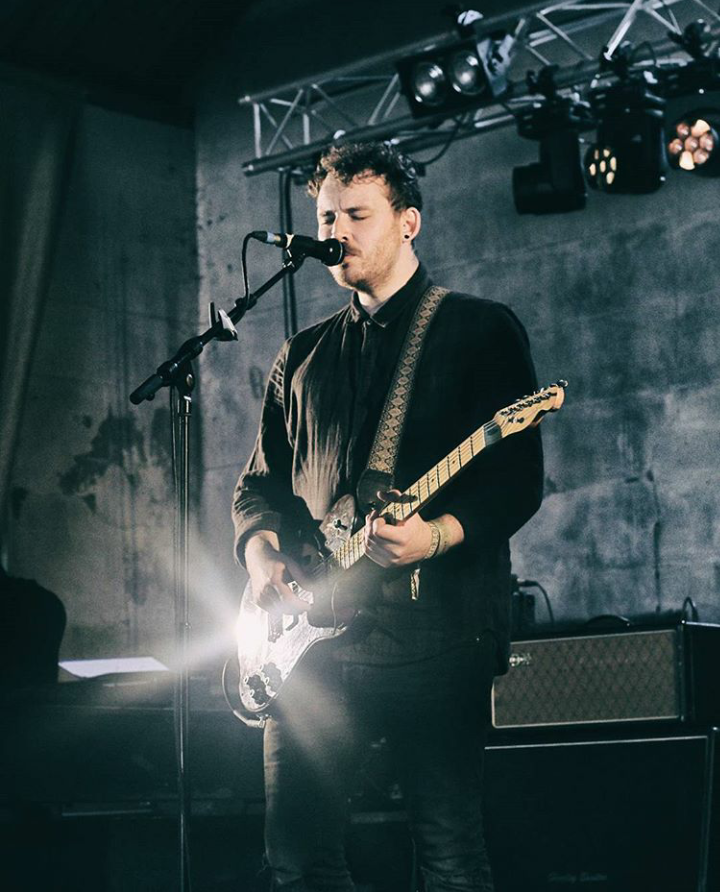 were the first act on the stage for the day, but as soon as they started to play, the crowd grew to hear the melodies.

They were the only band that had left fliers around, marketing their debut album launch in November this year. This, they said was because “if you’re a self-releasing independent band, you’ve got to market yourself.”

For their debut album, the trio decided to do a video series for the whole album, which follows a storyline – with the same actors but they’re in different locations in every music video – you definitely need to check them out!

Speaking to the Demon about ‘doing it yourself’ as a band without a record label, the boys gave advice to new bands trying to decide which path to take: “If you’re about to do it yourself and are hard working, do it for yourself as long as possible; once you’ve signed that record label contract, you can’t go back. People take for granted what labels actually do.

“It’s about knowing if you’ve got the skills to do it. Do as much prep as you can. Prepare everything, then release it. It took us a long time to release material. We’ve spent the last two years working on the album as we didn’t want to rush it – we wanted to be happy with what we’d created.

“You need a lot of discipline – there is a lot of admin. Some bands don’t have the discipline to do the admin side.”

If the band was a three course meal, they’d be a starter of leek and potato soup, a main of lasagne and a New York cheesecake for dessert – that is quite a thick meal!

The rest of 2017 is a busy one for the ambient rock band, with a Euro tour with them heading to Seoul, Korea as well as other festivals and their debut album launch. The launch of ‘Antelo’ will be on Friday 10th November at the Rescue Rooms in Nottingham. You can preorder their album on their site (eyrellew.com).

Next year, the boys have a UK tour planned, and loads of festivals around Europe. I would definitely check out their music and their shows – an upcoming band you don’t want to miss!

2018 – UK tour planned which is exciting, then loads of festivals around Europe

The Night Manager- Are we watching for Tom Hiddleston or the story?