“After nine successful years, Professor Dominic Shellard is stepping down as Vice-Chancellor of De Montfort University, to pursue a range of new opportunities.

During his time at the university, Professor Shellard has overseen the transformation of DMU’s campus, conceived the award-winning #DMUglobal and Square Mile initiatives, ensured that the university is one of the most financially sustainable in the country and witnessed DMU being awarded the first ever University of the Year Award for Social Inclusion from the Sunday Times in 2018.

We wish to thank Professor Shellard for his valuable contribution to De Montfort University and we wish him well for the future.

The university’s work to provide an outstanding experience for all its students and to deliver its new Strategic Plan will continue under the leadership of Professor Andy Collop, DMU’s Deputy Vice-Chancellor, who will be the Interim Vice-Chancellor until further notice.

Professor Collop said that the university was in a strong position to continue to flourish and that he was looking forward – with the help and support of students, staff, alumni and partners – to building on its achievements and to delivering even greater success in the future.“

The 52-year-old Professor of English language first joined De Montfort University as Vice-Chancellor in June 2010, and enjoyed 8 years at the university. Mr Shellard was one of very few openly gay university Vice-Chancellors and has published 10 books throughout his academic career, living in a self-contained flat on the university campus.

In January 2019, following the publication of his 2017 – 2018 salary figures, Shellard came under scrutiny online, with his salary of £350,000 annually estimated as being 10.4 times that of an average DMU staff member.

Prior to this announcement, the university had refused to formally comment with a variety of rumours circulating regarding his impending resignation on a variety of social media platforms.

Demon Media wishes our former VC all the best in his future endeavours. 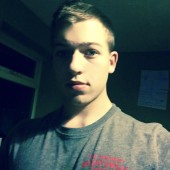