Fresh off the release of its binge-worthy third season, Netflix’s Stranger Things has been nominated for six Teen Choice Awards and fans are outraged by their decisions. On Monday 8th July, Fox announced the second wave of nominations for the Teen Choice Awards, happening on the 11th of August 2019. When the voting starts, fans stay up all night voting, Tweeting, Instagramming just to see their favourite show or music artist win.

Some fans of the show were glad to see their favourite series be nominated for so many awards. However, this was not the case for everyone. Fans have been tweeting their disappointment on the fact that the gang is not all represented in these nominations.

Where is Sadie Sink aka Max Mayfield’s nomination?

Even though she was late to the Party, Max has grown to become Eleven’s emotional support and voice of reason, leading her – and many teens who watch the series – through self-discovery, self-acceptance and teaching her the importance of making choices that make her happy. For a character living in the 80s, Max is pretty ‘woke’.

For the past few days, Twitter has been flooded with confused and supportive fans questioning Fox’s decision to not nominate Sadie.

Fans admire her strength to stand up to her brother’s controlling, domineering behaviour in order to protect her friends. They love her quirkiness and tomboyish look. Some female fans even consider the character a feminist role model.

After such a good performance in Season 3, fans hope that Sadie gets recognised in following award nominations.

What do you think? Should this powerful redhead get the recognition she deserves?

Let us know what you think on Twitter @thedemondmu. 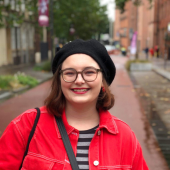 Is Taylor Swift leaving Spotify really that big of a deal?