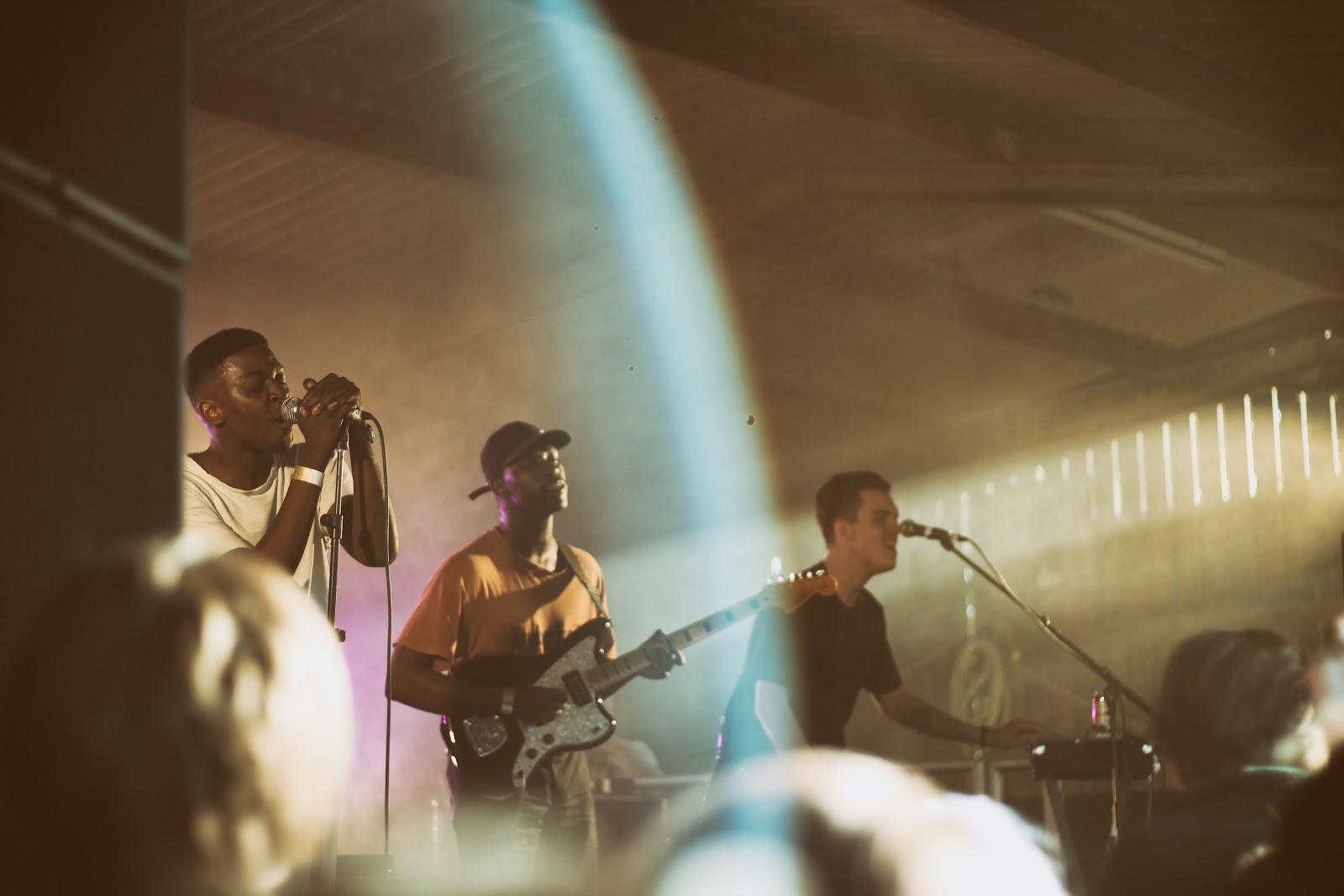 Buzzing after their energising performance at the festival, lead singer Ashley Mulimba and lead guitarist Daniel Hylton Nuamah of Haus joined The Demon for a chat in the green room.

Indie-rock band, Haus, met whilst studying at the Institute of Contemporary Music, which was where they formed. The origins of their name remain unknown as they claim the real story is boring; therefore they provide overly interesting, random stories instead.

Despite arriving a tad late, they seemed to be enjoying the festival, and looked eager to explore more of it than what they’d seen already. With a wedding the day after, Ashley couldn’t stay too long though.

Recounting their funniest moments whilst a part of Haus, Ashley speaks of the time Daniel (D-Man) drank a whole bottle of Jameson’s (neat, to boot). “He p*ssed himself, and was throwing up on himself, and in his tent. We opened the zip of his tent in the morning and a waft of sick came out. 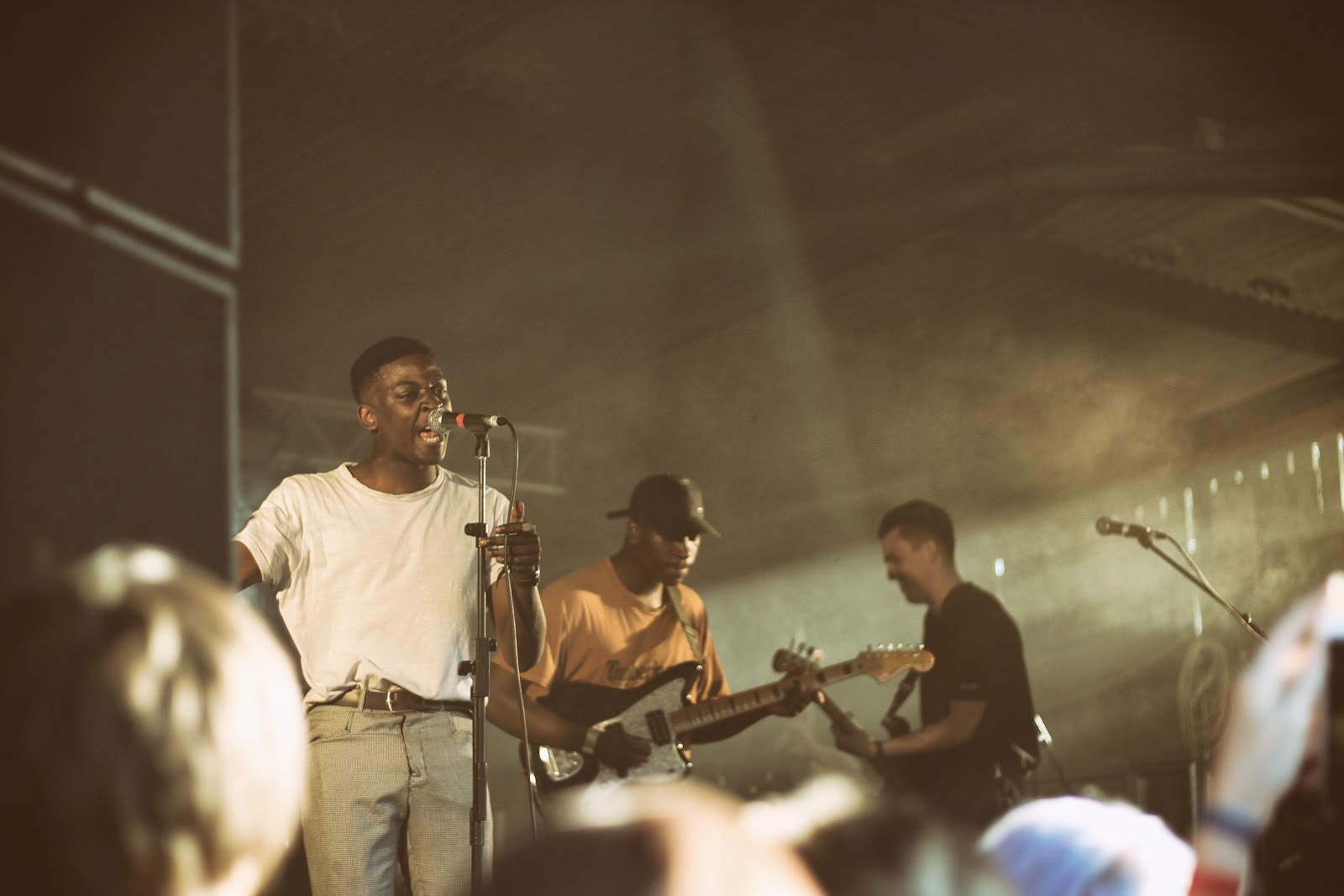 “There was a pile of sick by his head as well. I asked him, ‘D-man, you alright?’ He lifted his head slightly, said ‘Mmm hmm’ and went back to sleep. It was hilarious.”

When asked if they preferred their own tours or festivals, there was a mixed opinion. D-man said “At your own shows, people know your lyrics, they sing along. With festivals though, there’s less pressure.” Meanwhile Ashley talked about winning the crowd over who haven’t heard your music before; “the moment of winning them over at a festival is one of the best feelings, for me.” Following on were stories of fans; the boys recount a time where a fan had asked Ashley to sign her chest – “Yeah, I got asked by an underage girl to sign her boobs; I was also on the phone to my girlfriend at the time.”

Describing their band as a three-course meal, the boys decided on a Scampi starter, 20oz Steak (medium-rare, with blood) main, and a banoffee pie as a dessert,

After the festival, Haus were in the studio making new material, which will come out at the end of this year. Alongside recording, the London boys will be playing alongside others at Reading/Leeds festival this year, as well as Underground Festival in Gloucestershire.

The band’s performance really did hype up the mood on the first night. Their mix of guitars, upbeat rhythms and amazing vocals from Ashley really got the crowd in the festival mood as the sun went down. Make sure you get up to date on their new music, and see them at one of their shows – they’re not one to miss!